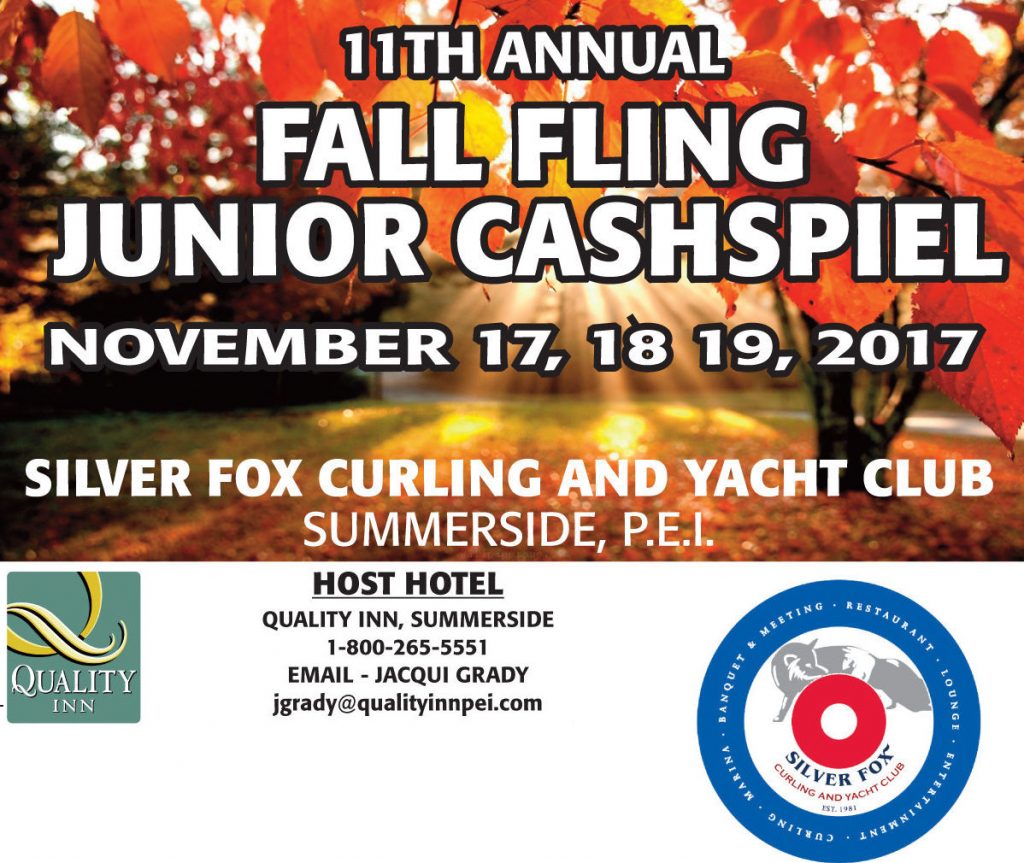 Two Junior Men’s, and two Junior Women’s draws are in the books following day one action at the 11th Annual Fall Fling Junior Cashspiel at the Silver Fox in Summerside. 12 Junior Men’s and an equal number of Junior Women’s teams are taking part in the event, which includes rinks from all four Atlantic Provinces, and seven teams from the Cornwall Curling Club.

There are only two undefeated teams in the Junior Women’s division, with the Sydney Howatt rink from Cornwall winning a close 5-3 game over the Alexis Burris team from Charlottetown, followed by a win against their Cornwall clubmates the Emily Sanderson rink. In the other round robin pool, the game that would determine the only other undefeated team went into an extra end between Kaylee Nodding from Bridgewater, and Annika Kelly from Charlottetown. Nodding scored 1 point with hammer for the 6-5 victory.

On the Junior Men’s side, four teams are still undefeated with 2-0 records: the Ryan Abraham rink from the Halifax Mayflower Curling Club, which includes Montague’s Brooks Roche at 3rd stone, the Alex MacFadyen squad from the host club, the Michael Donovan team from Curl Moncton, coached by Daryell Nowlan (son of Summerside’s Lou and Marg Nowlan), and the Liam Marin team from Saint John, which includes PEI Junior Champion skip Tyler Smith. 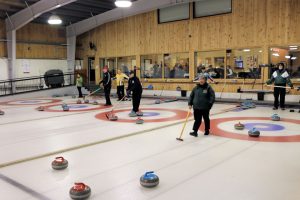 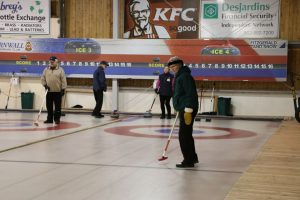 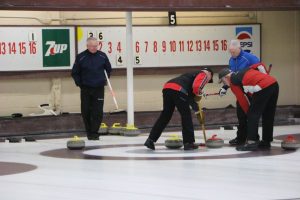 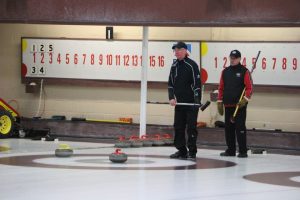