The World Junior Champion Kaitlyn Jones rink from Halifax, which includes Cornwall’s Lauren Lenentine who joined the team at the end of last season, has won the Crystal Slam Junior event in Gatineau Quebec, stealing a deuce in the first end and four points in the second, on the way to a 7-1 win in 5 ends over the Emily Deschenes rink from the Manotick Curling Centre near Ottawa in the junior women’s final. The Jones rink lost their opening match, but reeled off six wins in a row to capture the event. The Jones team will be playing against the big names in curling starting October 23 at 7 pm in Truro NS as they have a sponsor exemption into the Canadian Beef Masters Grand Slam event, and are opening against Switzerland’s Silvana Tirinzoni team, which is coached by PEI’s Peter Gallant. 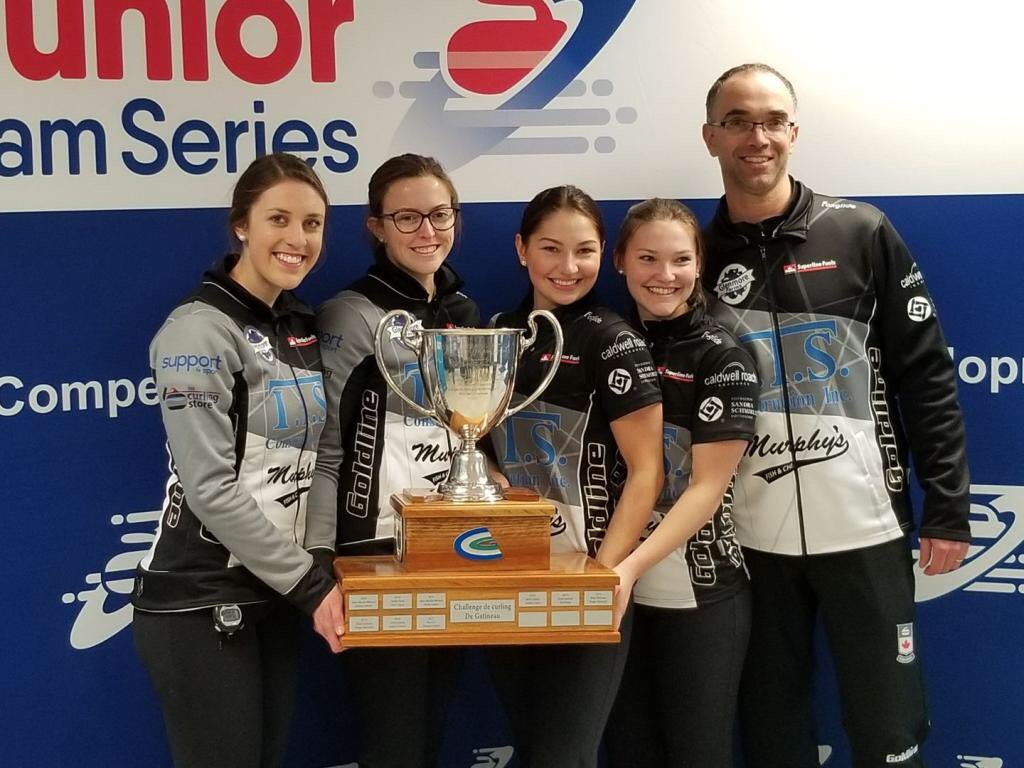 As part of today’s win, Team Jones will earn an entry in an adult World Curling Tour Women’s event to be determined later, cash prizes, and an invitation to the Junior Slam Series U21+ Player’s Championship, Mar 29-31, in Guelph, Ontario. Team Sinnett from the Four Seasons Curling Club in Blaine Minnesota won the junior men’s side of today’s Junior Slam, with a 5-2 win over team Steep from the Seaforth Curling Club in Huron East, Ontario