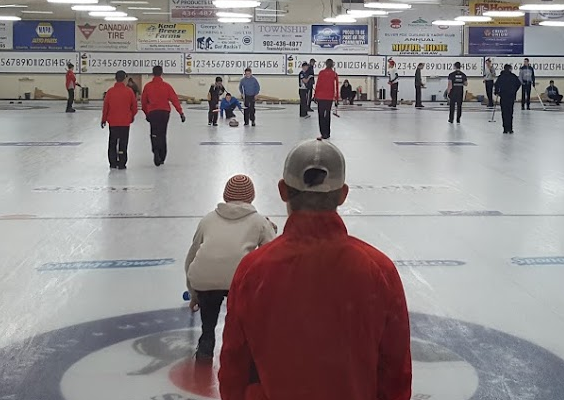 The 12th annual Fall Fling Maritime Junior Cashspiel wraps up on Sunday at the Silver Fox in Summerside, with the junior men’s and women’s semi-finals at 9 am, followed by the finals at 1 pm. There will be three Island rinks in the semis, with the Lauren Ferguson junior women’s team from Charlottetown, Cornwall, and Crapaud and the Ryan Abraham junior men’s team from Charlottetown both advancing after finishing round-robin play with perfect 5-0 records. The Mitchell Schut team from Cornwall went 3-2 in their pool, the same record as the Jamie Stewart rink from Saint John, but beat Stewart in their round robin encounter and will get the ticket to the playoffs. The Ferguson team were runners-up in last year’s Fall Fling, while Abraham, then curling in Halifax, skipped last year’s junior men’s runner-up team.

In the semi-finals, the top team in one pool takes on the second place team from the other pool, so Ferguson will be playing the Kaylee Nodding rink from the CFB Halifax Curling Club, while the other junior women’s semi will see the Allie MacNutt team from Truro take on the Kate Paterson foursome from the Carleton Curling Club from Saint John.

On the junior men’s side, there will be all-Halifax and all-PEI semis, with Ryan Abraham from Charlottetown and Mitchell Schut from Cornwall facing off in one matchup, and two Mayflower Curling Club teams, skipped by Ethan Young and Mitchell Cortello, playing off in the other. Abraham formerly skipped a team with Montague native Brooks Roche at third at the Halifax Mayflower club, but is now living on PEI and playing Juniors in Charlottetown and Mixed Doubles in Cornwall. Tyler Smith, Ryan Lowery and Alex MacFadyen are also on the team (correction to lineup originally provided).

Here’s how the other PEI teams fared in the round robin: the Sydney Howatt junior women’s team from Cornwall finished just out of the playoffs in their pool with a 3-1 record, while their clubmates the Rachel MacLean and Emily Sanderson rinks went 1-4. In the junior men’s, Devin Schut from Cornwall also went 1-4, while the young Cruz Pineau team from the host club picked up lots of experience, but no wins.

The Sunday semi-finals and finals are ten-end games (the round robin games were 8 ends). The winning teams from the 1 pm finals will take home $700, with the runners-up receiving $350. The non-advancing semi-finalists will each collect $150. 12 junior men’s and an equal number of junior women’s teams took part in this annual cashspiel, organized by Sheila Compton.

Live results are available at PEICurling.com 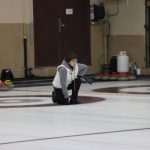 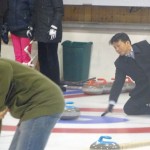 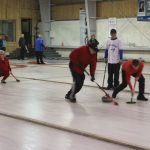 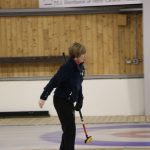