After five ends of play at the Crapaud Community Curling Club it was looking like the PEI Mixed Doubles Curling Championship final would be going to a second game, with the Rachel O’Connor and Ryan Abraham duo from the Cornwall Curling Club trailing the Jamie Newson and Miranda Ellis team  from the Silver Fox in Summerside by a 6-0 score, with Newson/Ellis stealing a deuce in the third end and single points in the other four. The remaining three ends were a different story though, with O’Connor/Abraham taking a triple in end six, stealing a single in seven, and stealing a triple in the final end for a 7-6 win and a trip to the 2019 Canadian Mixed Doubles Curling Championship, March 19-24 at the Willie O’Ree Place in Fredericton NB. 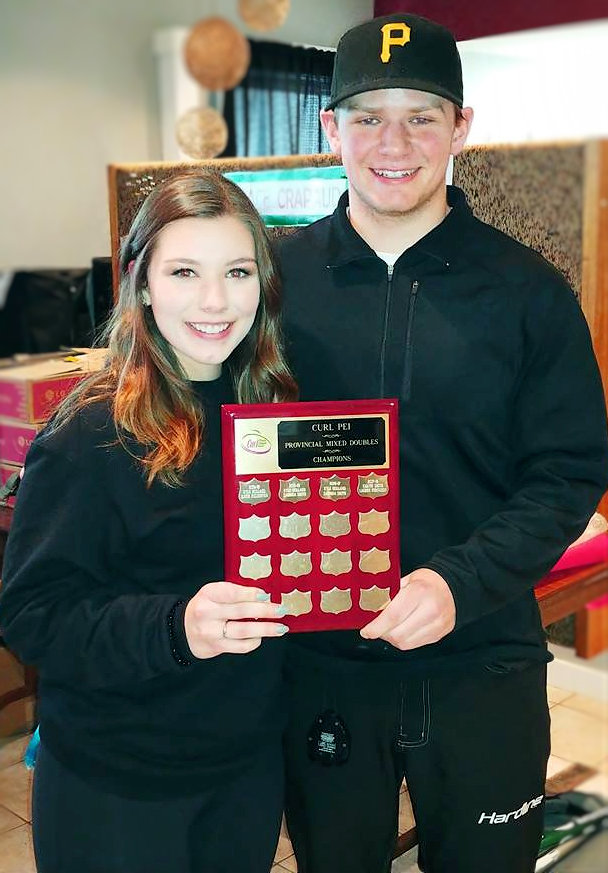 The O’Connor/Abraham duo advanced to the Monday championship round by winning the “A” and “C” qualifiers of the modified triple knockout draw, with Newson/Ellis taking the “B”. Double section winners O’Connor and Abraham would have taken the championship with a win in either the 12:45 or the 4 pm game, and did it on the first try, while Newson and Ellis would have had to win both.

In the Monday morning “C” Qualifier game, the Cornwall pair eliminated the defending champion Lauren Ferguson and Calvin Smith twosome from Cornwall and the host club with a 10-3 win, taking a triple in end three, and stealing deuces in end six and seven to put the game out of reach.

O’Connor and Abraham finished the event with an 8-1 win-loss record, losing only to the Ferguson/Smith duo, while Newson and Ellis had four wins and three losses. Fifteen teams, up from eight last year, took part in this event for the relatively new doubles version of curling, which became an Olympic sport with its inclusion in the 2018 Winter Games in Korea. 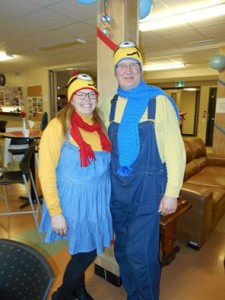 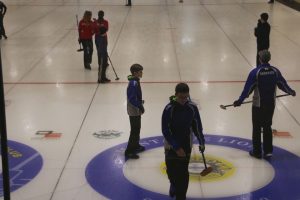 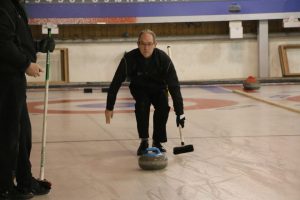 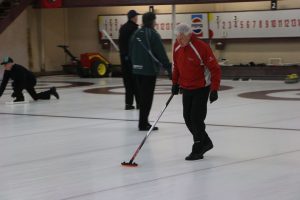