Both Cornwall curling teams picked up wins in Thursday’s 1 pm Atlantic time draw against the Northwest Territories at the Canada Games in Red Deer, with the Lauren Ferguson girl’s rink blanking the NWT team by a 10-0 score, and the Mitchell Schut boy’s team picking up their first win of the event, by a 7-1 score. Ferguson cracked open the scoring with a four-point third end, and stole 1, 2, and three points to bring the game to handshakes after six ends.

Schut’s game also went six ends, with the Island squad picking up a pair of deuces for a 4-0 lead after two ends. NWT grabbed a single in the 4th, but a Schut deuce and stolen single brought the game to an early conclusion, Ferguson has a 3-6 record, while Schut sits at 1-8 win-loss going into their final round robin games, Friday at noon Atlantic against New Brunswick, with these games shown on live stream at https://canadagames.live/curling

In action Wednesday, the Ferguson team split their games, losing 5-1 to Nova Scotia, but taking a triple in the seventh end and stealing a deuce in the eighth to beat Quebec 8-6, and improve their win-loss record to 2-6.

The Schut team, were tied 1-1 with Nova Scotia’s Ethan Young rink after four ends in the battle between the seafood provinces (with one of the PEI parents suitably dressed for the occasion), but PEI was in hot water in the second half as the Bluenosers kept PEI off the scoreboard, winning 6-1. It was looking good for a PEI win against Quebec, with the teams tied 4-all after six ends, but Quebec blanked the seventh to have hammer coming home, and picked up a 5-4 win with a last-end single. 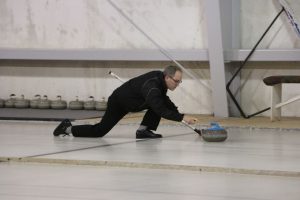 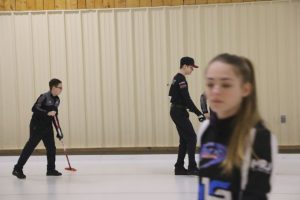 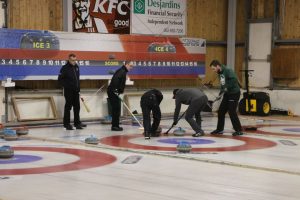 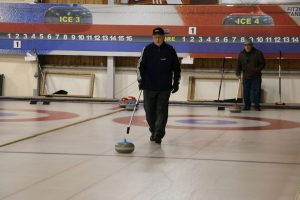 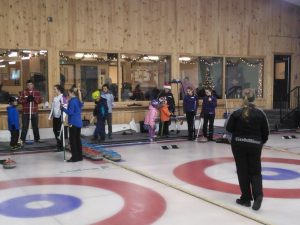