Click for a photo gallery from Draw 4, with all eight teams

The defending champion Jamie Newson rink from the Silver Fox and Charlottetown curling club is on the right track for a possible repeat win at the PEI Mixed Curling Championships, which are taking place at the Montague Curling Rink, after winning three games on Saturday — the A section qualifier, the B section semi-final, and the B qualifier.

The Newson foursome beat the Nick Blanchard team from Crapaud 5-2 and 6-2 in the qualifier games, as well as getting by the Tyler MacKenzie team from Charlottetown by an 8-6 score in the “B” semi-final, and will have a “double life” in the Monday championship round (at 10 am and, if Newson doesn’t win that game, at 2 pm), as they have earned berths in both playoff games, and will win the event if they take either, while their opponent, the winner of the “C” qualifier, which takes place at 2 pm on Sunday, would have to win both.

If Newson also wins the “C” qualifier in the modified triple knockout draw, he would take the championship, and advance directly to the Canadian Mixed, from November 4-9 2019 at Foyer des loisirs et de la culture in Saguenay, Quebec, without having to play the final round.

Newson will be playing Montague’s Larry Richards team in the semi-final at 10 am Sunday, while MacKenzie, who was an event finalist last year, will face double-section finalist Blanchard in the other. Richards advanced after back to back wins on Saturday against the other hometown teams, stealing the extra end for a 7-6 win against “Team Koke” with Shane MacDonald in the skip position, after George Koke was sidelined by an injury, on Saturday afternoon, and picking up an 8-5 evening draw win over Matthew MacDonald. Besides the Koke and MacDonald teams, the Chase MacMillan and Corey Miller rinks were also eliminated on Saturday after three losses, leaving only four teams going into Sunday play, out of the eight who entered the event. 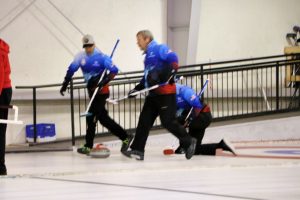 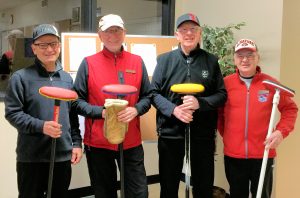 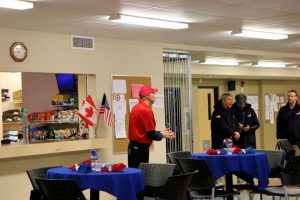 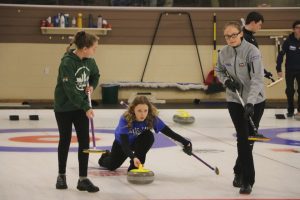 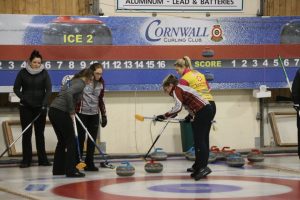