In a repeat of last year’s final, the Jamie Newson rink from the Silver Fox and Charlottetown curling clubs beat the Tyler MacKenzie foursome from Charlottetown, this time by a 9-2 score, on Tuesday morning to win the PEI Mixed (Fours) Curling Championship at the Montague Curling Rink and advance to the  Canadian Mixed, from November 4-9 2019 at Foyer des loisirs et de la culture in Saguenay, Quebec.

Newson won both the “A” and “B” sections of the modified triple knockout draw, defeating the Nick Blanchard team from Crapaud in the section finals, while MacKenzie came from behind with a last-end triple to edge Newson 8-7 in the “C” final. A MacKenzie win this morning would have forced a deciding game at 2 pm, as double-section winner Newson would have had to be beaten twice, but the game was not needed.

In the final, Newson, whose team includes third Melissa Morrow, second Andrew MacDougall, and lead stone Miranda Ellis, had a 4-2 lead at the fourth end break, and picked up a single in the sixth end before bringing the game to handshakes with a steal of four points in the seventh.

Other members of Team MacKenzie were third Aleya Quilty, second Doug MacGregor and lead Jodi Murphy. Eight teams, with members from five of PEI’s seven dedicated curling facilities, began play on Friday, with a storm on Monday delaying the final by 24 hours. 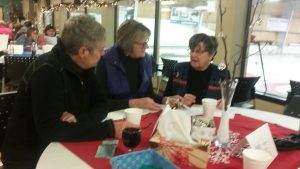 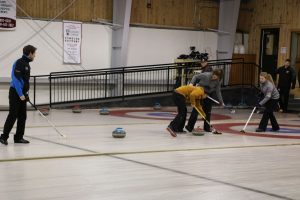 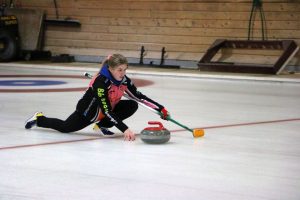 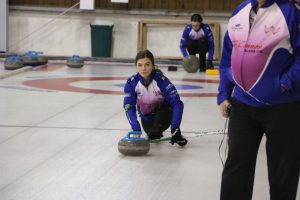