KENTVILLE, N.S. — It wasn’t too long ago that Uttara Deshpande was second-guessing her future in curling while friends held her upright on the ice during a learn to curl event.

“I thought, ‘this is not going to work for me,’” the North Kentville resident recalled with a laugh in a recent interview.

When her husband retired and suggested they try curling, she welcomed the idea with an open mind. She’d played sports in the past but nothing in a rink – nothing that involved hurrying hard on the hard ice surface.

Her first objective in learning to curl was facing her fears.

“I was just afraid of the ice because I had never been on the ice,” she said.

“I love to be on the ice and in the morning almost every day I go, and I play the game,” said Deshpande.

The folks at Kentville’s Glooscap Curling Club took her under their collective wing and pointed her in the direction of stick curling, a version of the sport that allows the curler to wear a gripper sole on both feet.

“The people are very nice, very friendly,” she said.

“Everybody helped us so much, especially me, because for me it’s a new game.”

Some four years later Deshpande is celebrating a big win.

She is quick to hand the credit off to her stick curling partner, Sandra Walker, and the Glooscap Curling Club as she reflects on ending the current season with a gold-medal win at nationals.

“We managed to win, and it hasn’t sunk in yet,” she said, with glee.

“We thought we would go and see how it goes.”

They went to the recent Canadian Women’s Stick Curling Championship in Cornwall, P.E.I. thinking they’d likely be taking in the final match as spectators.

Needless to say, they thought wrong.

“We kept calm and here we are, we are national champions,” said Deshpande.

Walker had decades of curling experience under her belt before she transitioned to stick curling about five years ago. That said, the recent gold-medal performance at nationals marked a first in her curling career.

The Coldbrook resident has watched with enthusiasm as Deshpande evolved into a force to be reckoned with on the ice, at home and afar.

“She can be deadly with a stick. She’s doing very, very well,” said Walker.

Click to read the full story in the Kings County Advertiser 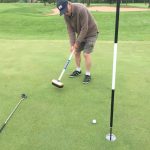 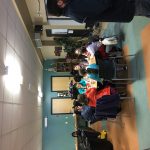 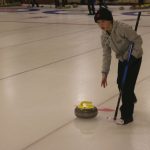 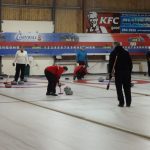