It was a perfect day for the Cornwall Curling Club’s annual nine hole, best ball golf tournament today at Countryview Golf Club. The teams played a standard “scramble” format, except that the 9th hole had to be played with nine-irons only, except for the green, where a provided curling broom had to be used. Greg Groves managed to sink the putt on the first shot. 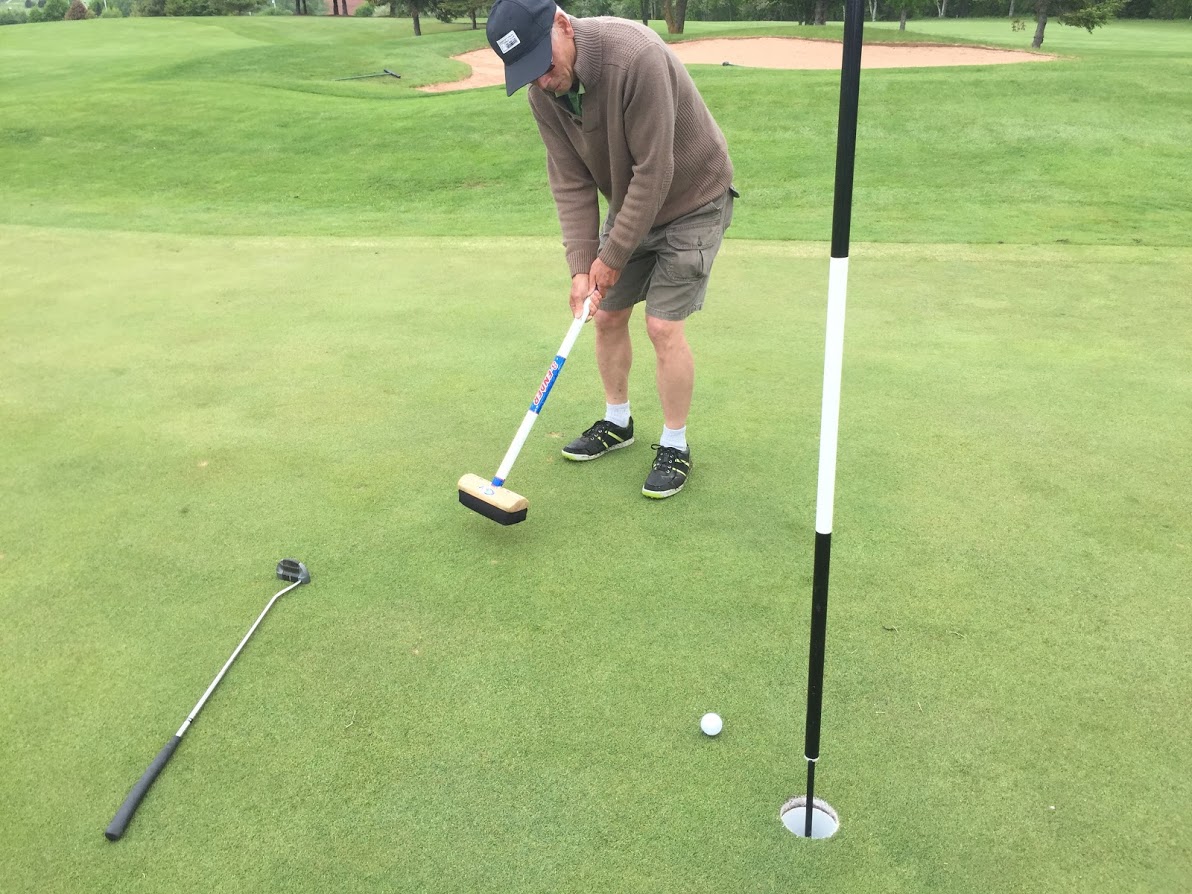 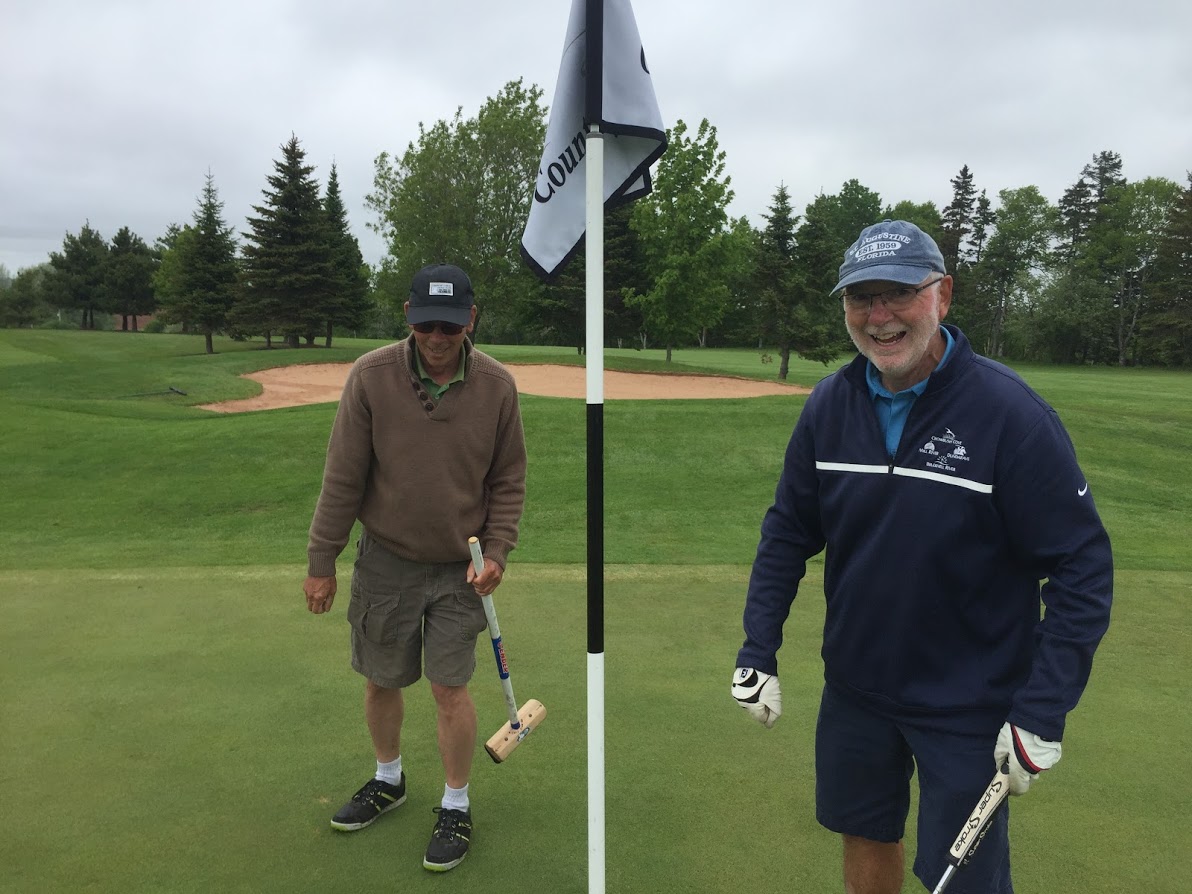 Greg Groves and Paul Durant celebrating Greg’s putt. Paul doesn’t look too disappointed that he didn’t get to try!

Back in the Clubhouse, after a meal of burgers and fries, the scores were tallied, with the foursome of (L-R) John and Shirley Berry, Donald Weeks, and Kimball Blanchard coming in first by a single stroke, and getting first pick of the prize table. 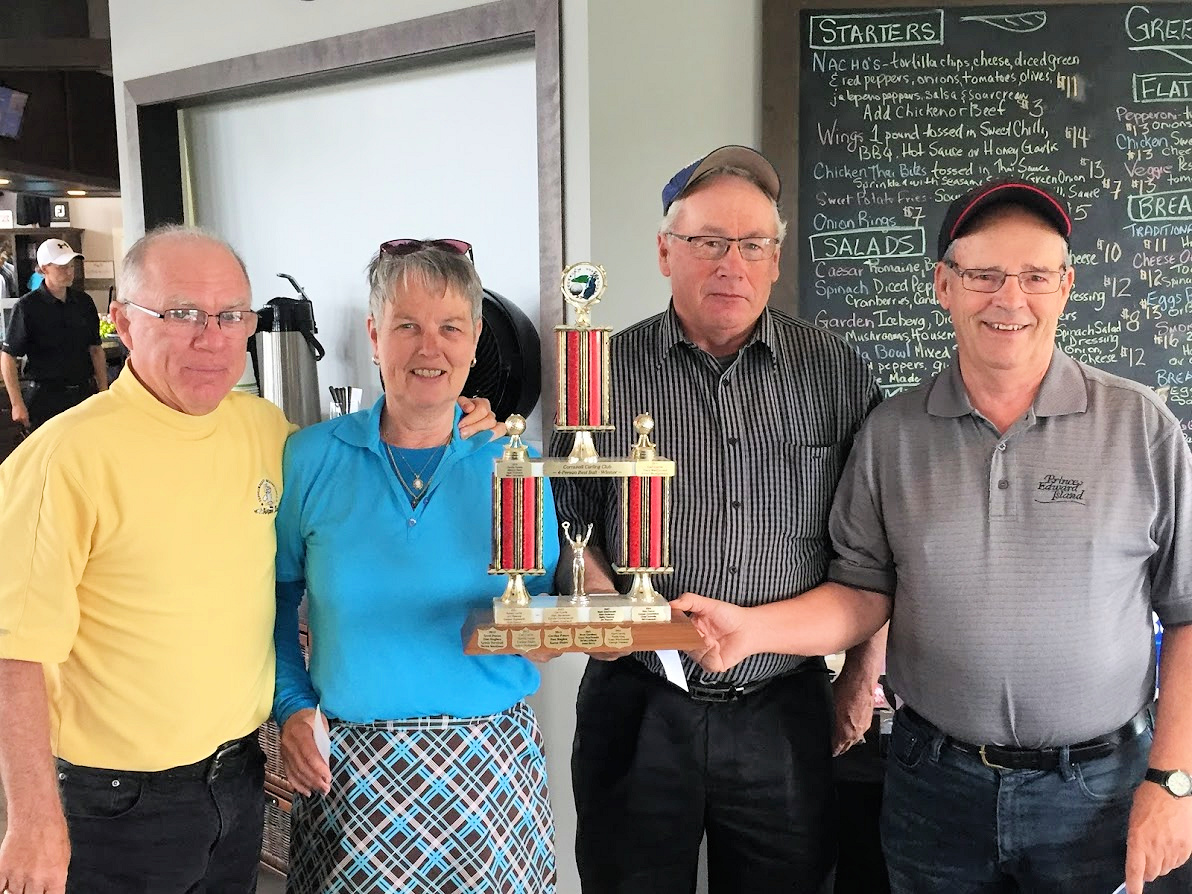 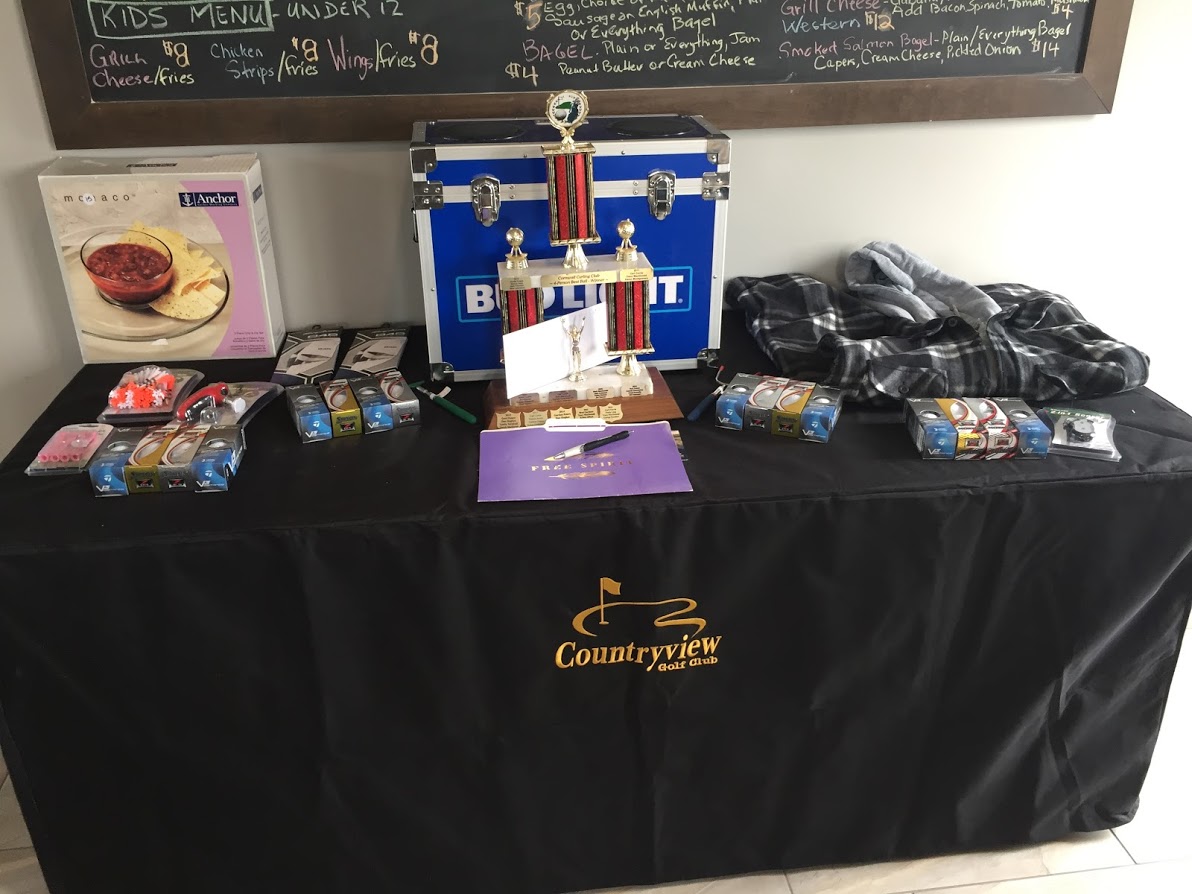 Next up were the closest to the pin and long drive awards.

Jean Anderson won the ladies closest to the pin (hole 2) 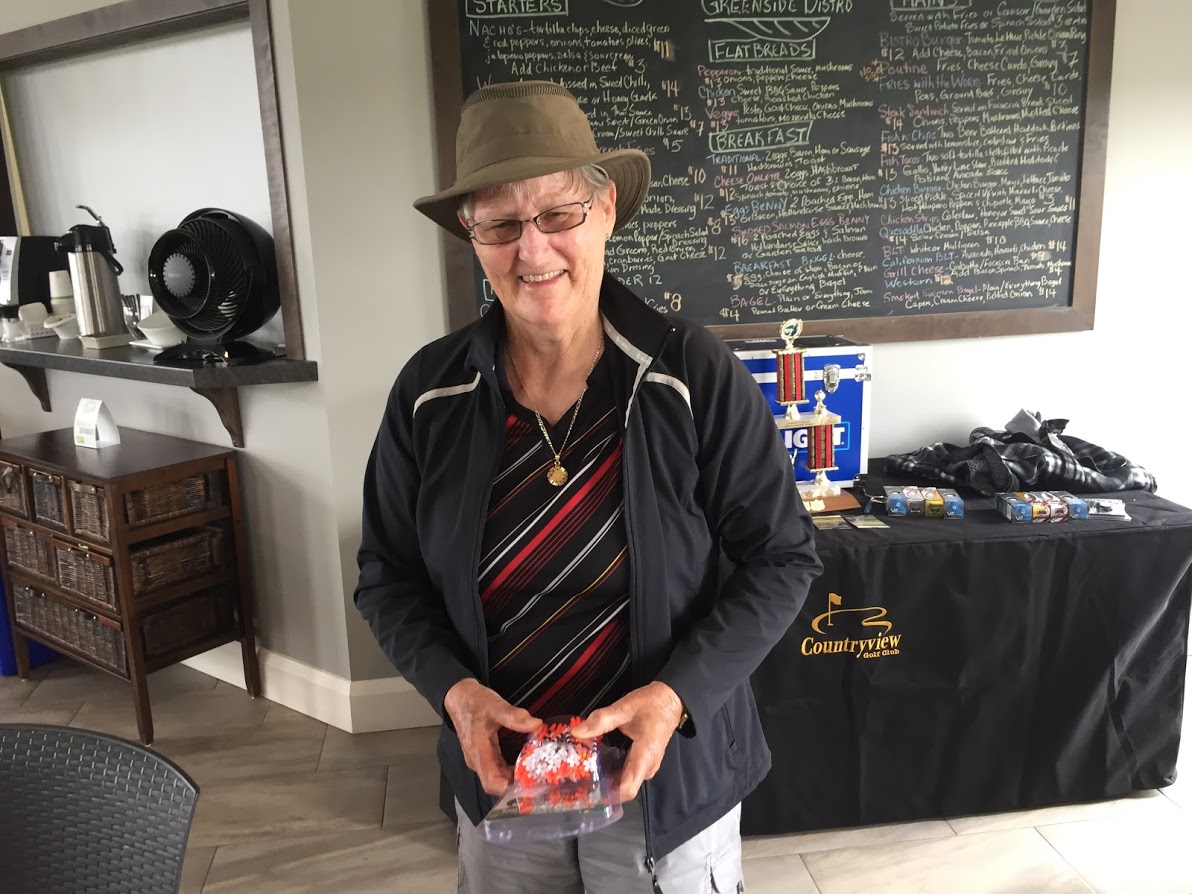 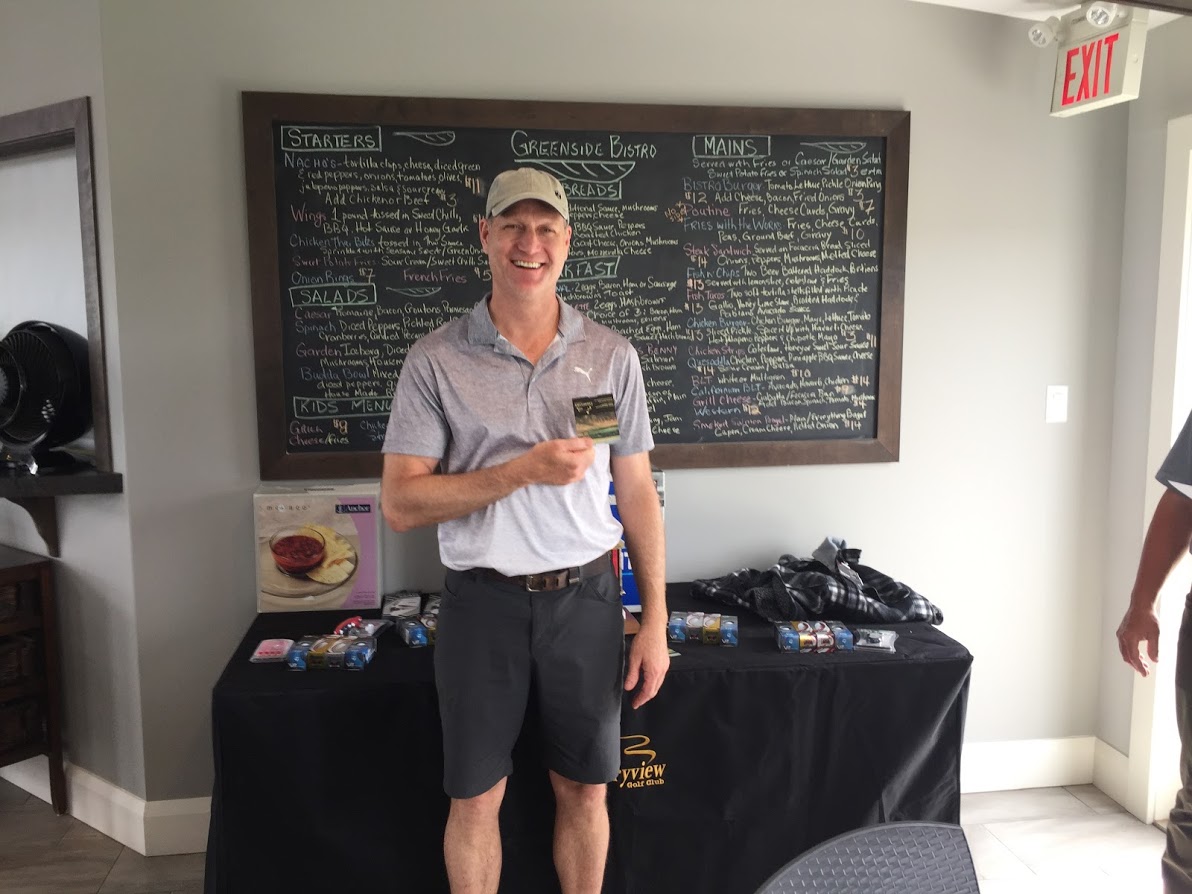 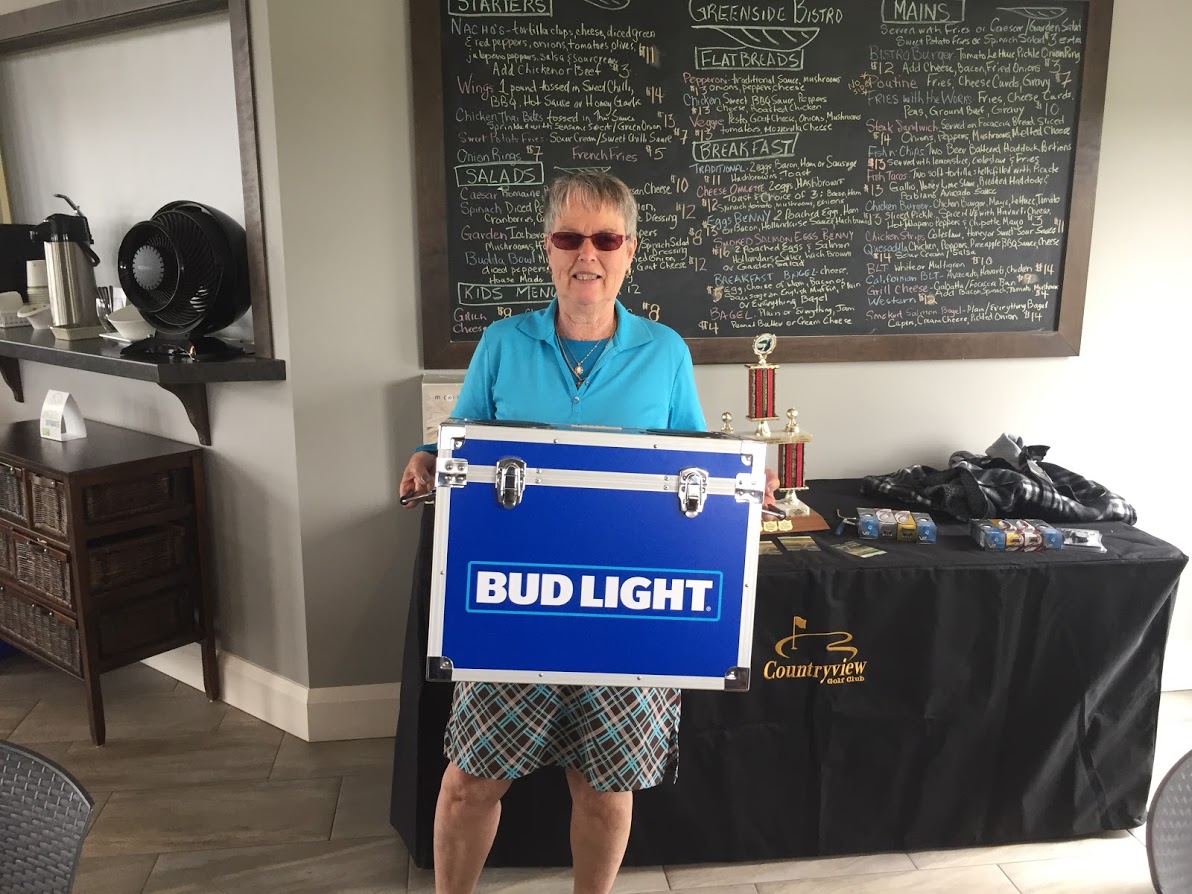 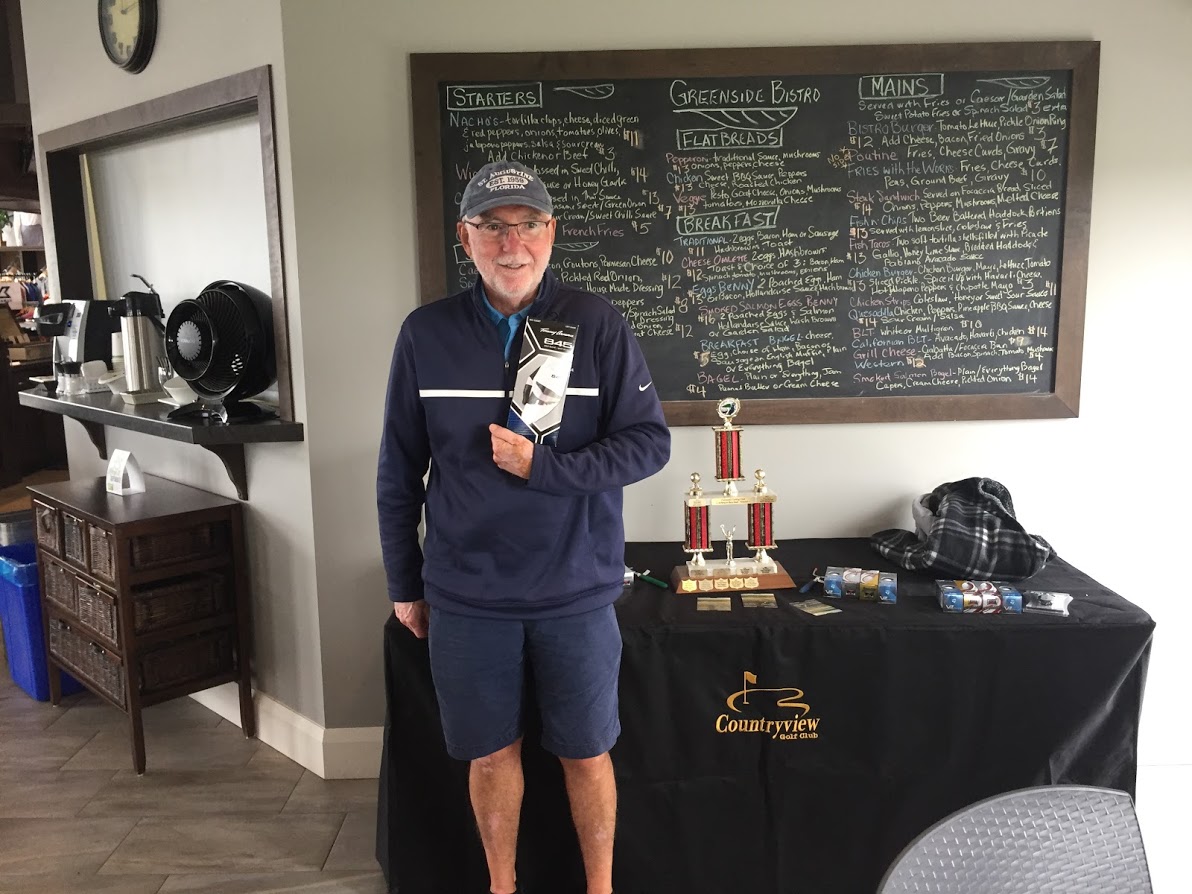 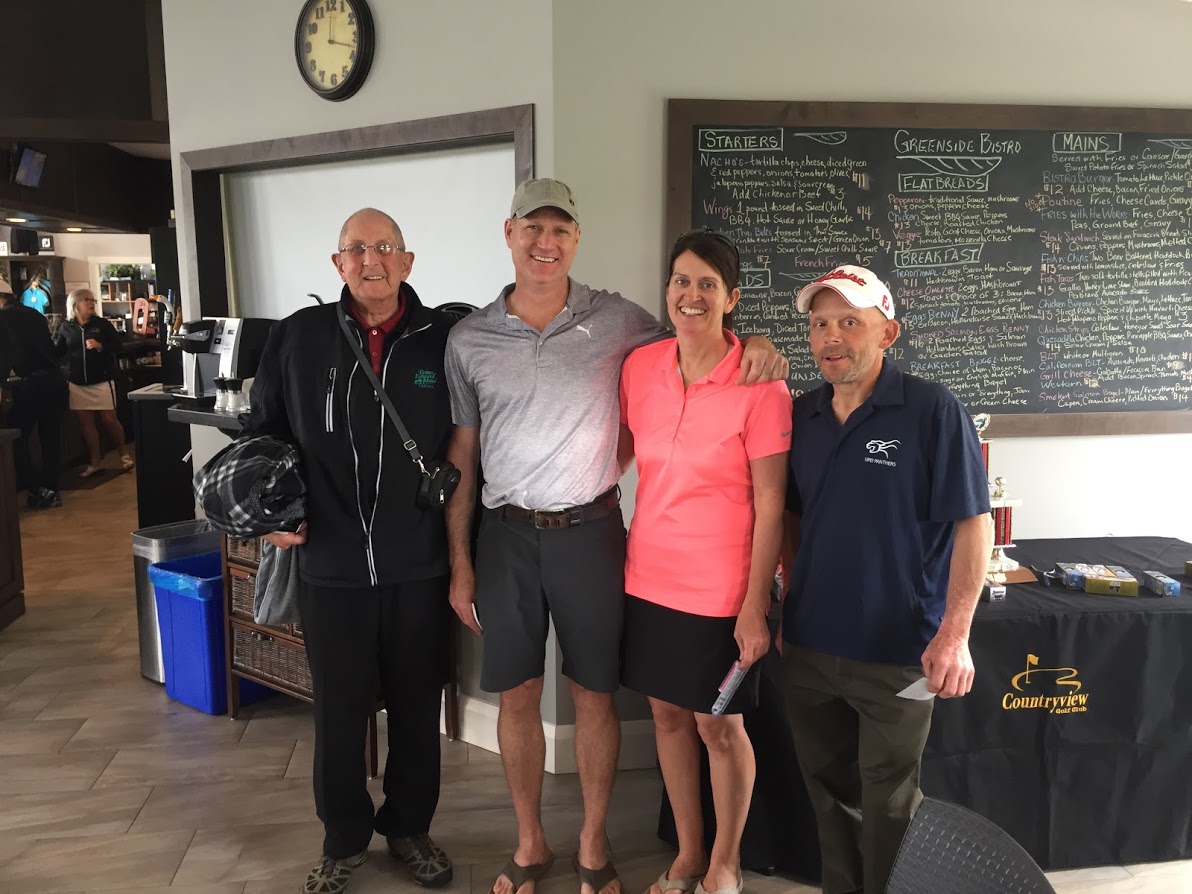 Other teams in order were the Gary O’Sullivan foursome, followed by the Chris MacDougall team, then the Bill Hope squad, and the “Most Honest” team, the Cornwall women’s club champions from last season, captained by Kim Nicholson. 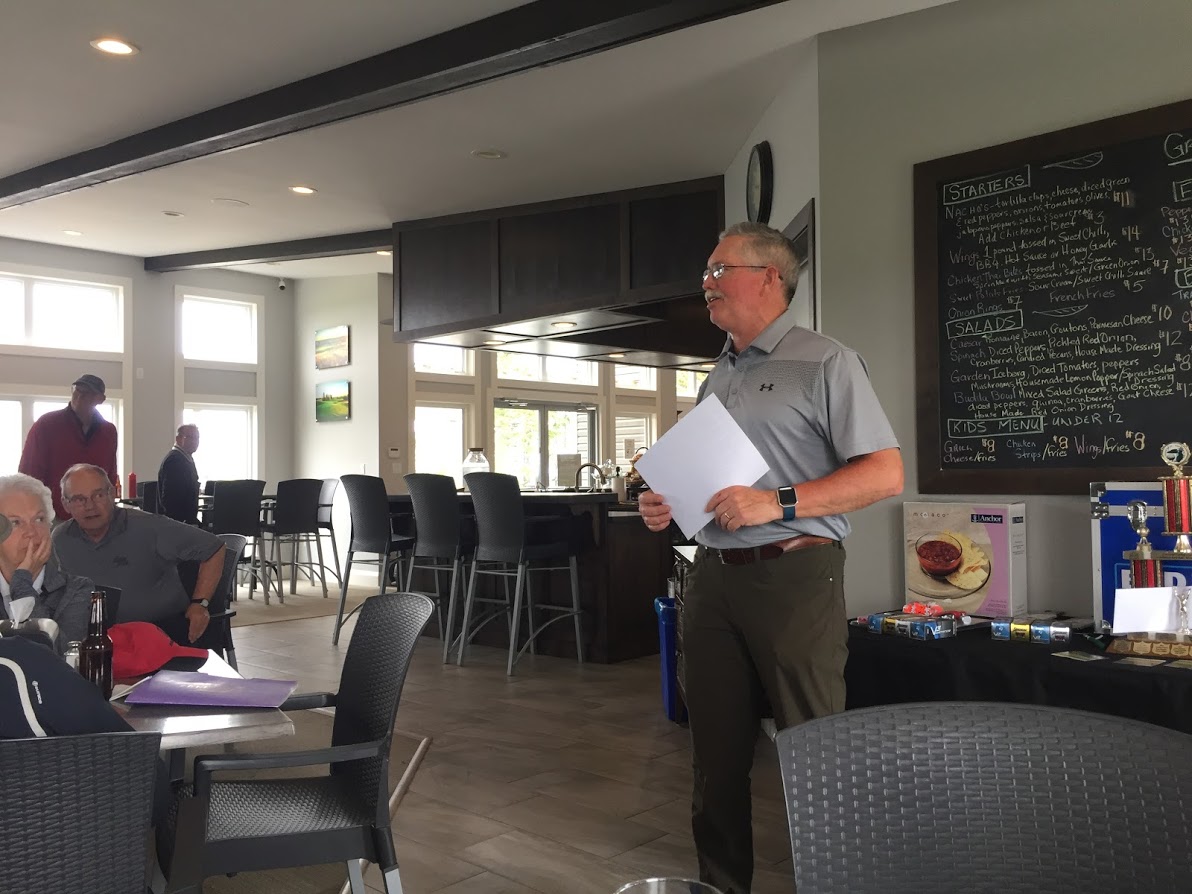 Thanks to organizer Gary O’Sullivan, the prize sponsors, and the Countryview Golf Club for another great event! 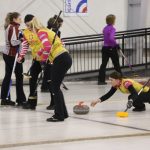 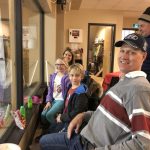 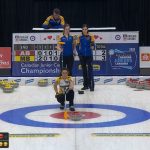 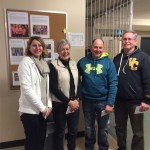