Opening draw is at 11:30 am on Friday in the 13th annual Fall Fling Junior Cashspiel, sponsored by Quality Inn, with a full draw of 12 junior women’s and an equal number of junior men’s teams, from all four Atlantic Provinces, competing at the Silver Fox in Summerside. The junior men’s and women’s round-robin draws, with teams divided into two pools, will be done Friday, prior to event start. Live end-by-end results will be available at PEICurling.com. All round-robin draws on Friday and Saturday are eight ends, while the semi-finals at 9 am Sunday and the finals at 1 pm are ten ends. Round robin draw times are at 11:30 am, and 2, 5 and 7:30 pm on Friday, and at 8 and 10:30 am, plus 1, 4, 6:30 and 9 pm on Saturday.

Three members of last year’s winning junior women’s team from Cornwall, now skipped by Katie Shaw, are back this year, along with the runner-up Kate Paterson squad from Saint John. Neither the winning Tyler Smith rink from Charlottetown nor the runner-up Ethan Young foursome from the Mayflower Curling Club in Halifax are back, so there will be a new Junior Men’s winners’ circle. Other Cornwall entrants are the Mitchell Schut junior men’s team, and the Clara Jack junior women’s rink.

Here are the team rosters (skip to lead, coach, club):

Here is the games schedule. Teams will be assigned to their respective draw slot numbers after a draw is held on Friday morning.

Junior men’s round-robin games are in light blue, junior women’s are in yellow. 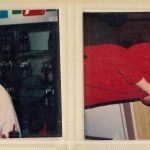 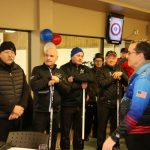 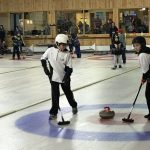