PEI’s Suzanne Birt have gone undefeated to win the 20-team, $14000 total purse Tim Hortons Spitfire Arms Cashspiel, which wrapped up this afternoon at the Windsor Curling Club in Windsor NS. Team Birt, which includes third Marie Christianson, second Meaghan Hughes, and lead Michelle McQuaid, went through round-robin play with a 4-0 record, advancing to this morning’s quarter-final match against  Nova Scotia’s Tanya Hillard foursome, which Birt won the hard way, stealing the extra end for a 5-4 win. Birt got by the Jill Brothers rink of Halifax, which includes PEI’s Erin Carmody at third stone, 7-5 in the semi-final, and then faced defending champion Sylvie Quillian (formerly Robichaud) in a rematch of last years’s final, with Birt coming out on the winning end this time, by an 8-6 score. The winning Birt rink goes home with $4,000, with the Quillian team receiving $2000. Losing semi-finalists Brothers, and Megan Balsdon of Woodstock Ont. will go home with $1500, while the remaining qualifying teams in the championship round, skipped by Kiri Brunton of Sudbury, Colleen Jones of Halifax, Hilliard, and Julie McEvoy of Halifax will receive $1000 each. 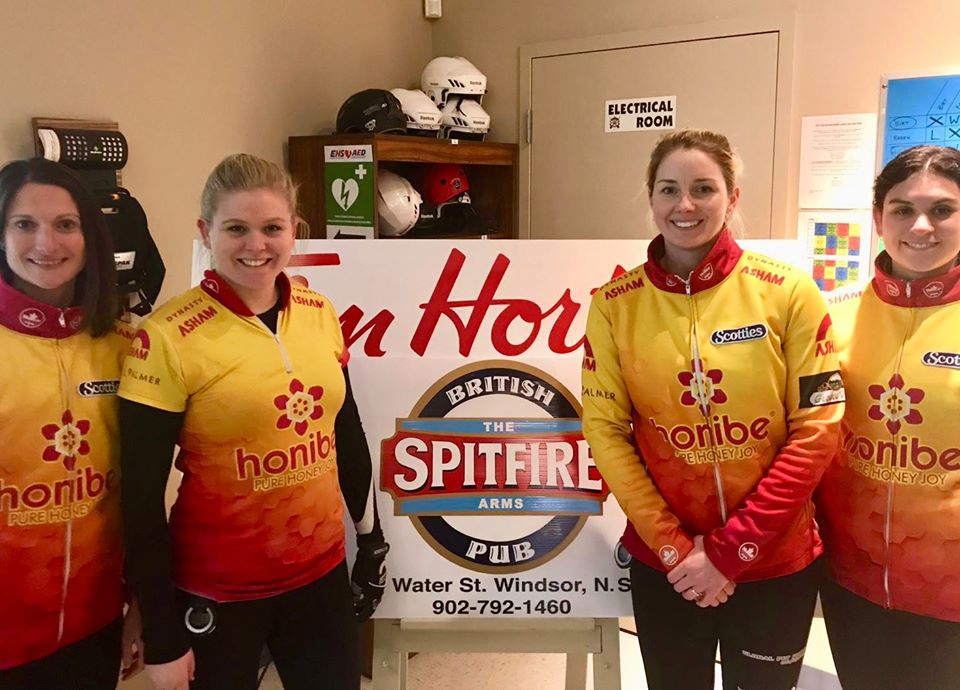 The Lauren Ferguson rink from here at the Cornwall Curling Club and the Amanda Power squad from Charlottetown, which includes former Cornwall players Breanne Burgoyne and Aleya Quilty finished out of the money round at 1-3 and 0-4, respectively. Team Ferguson had the opportunity to play some of the biggest names in Atlantic Canada, picking up a 10-6 win over Canada Games bronze medallist Cally Moore of Lower Sackville, and taking on former event winners Colleen Jones and Julie McEvoy, as well as playing Mary-Anne Arsenault, Jones’ former teammate on her two-time world championship team.