The Bryan Cochrane rink from the Cornwall Curling Club made it a complete sweep Saturday evening at the Montague Curling Rink, winning the “C” final of the modified triple knockout draw by a 7-4 score over the Philip Gorveatt team from the Charlottetown Curling Club to take the Tankard PEI Men’s title without needing to play the Sunday championship round.

The Eddie MacKenzie rink, who played in two of the three section finals, would be the second place “Finalist” rink in the event, and includes third Tyler MacKenzie, second stone Tyler Smith, and lead Matt Nabuurs.

Meanwhile, Suzanne Birt is just one win away from her eleventh PEI Scotties title, after coming from behind to win the women’s “C” final 9-5 over the Veronica Smith squad from the Silver Fox club in Summerside. Birt is playing out of the host Montague club this year. Because Birt won two of the three modified triple knockout sections (“A” and “C”), she can repeat as Scotties champ with a win in either the 9 am or the 2 pm championship round games on Sunday, while Smith, the “B” section winner, needs to win both games.

In the final Tankard game, Cochrane, whose rink includes PEI natives Ian MacAulay at third and Morgan Currie at second stone, both from his reigning World Senior championship rink, along with ten-time PEI Tankard winner Mark O’Rourke at lead, opened with a deuce, with Gorveatt, whose team includes Kevin Champion, Sean Ledgerwood, and Mike Dillon, coming back with a deuce of their own. The next two ends were blanked, but a Cochrane triple in end five gave him a 5-2 lead at the fifth end break. Each team scored two singles in the second half to give Cochrand the 7-4 victory. In the afternoon “C” semi-final, Cochrane beat the Mitchell Schut Junior team, also from Cornwall 8-1 in eight ends, while Gorveatt edged clubmate Eddie MacKenzie 7-6 in an extra end.

Smith had a 5-3 lead after six ends in her game against Birt, but a deuce, a triple, and a single in the next three ends brought the score to 9-5 for Birt, and Smith ran out of rocks in the final end. Playing with Birt are third Marie Christianson, second Meaghan Hughes and lead Michelle McQuaid, with coach Mitch O’Shea, while Sabrina Smith, Emily Gray, and Whitney Jenkins, with coach Pat Aylward, round out the Smith foursome. Smith advanced directly to the “C” final by virtue of winning the “B” section, while Birt stole the final end to edge Summerside’s Melissa Morrow squad 7-6 in the “C” semi-final.

The Bryan Cochrane rink will now compete at the 2020 Tim Hortons Brier, Feb. 29 to March 8, 2020 at Leon’s Centre in Kingston Ontario, while the winning women’s team will advance to the Scotties Tournament of Hearts, Feb. 15-23, 2020 at Mosaic Place in Moose Jaw, Saskatchewan,

Live end-by-end results from the combined PEI Scotties and Tankard event are available at:  PEICurling.com/scoreboard 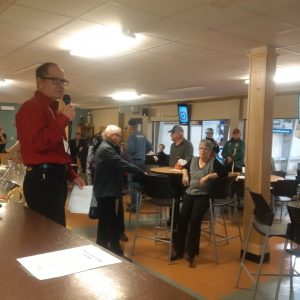 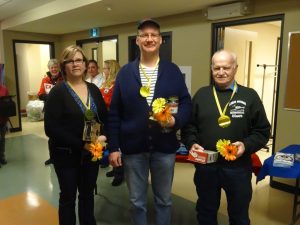 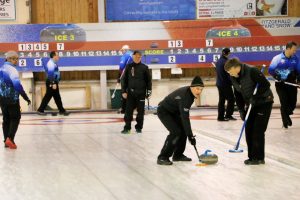 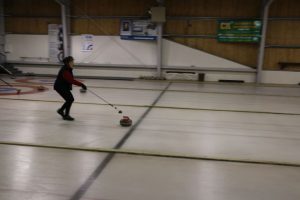 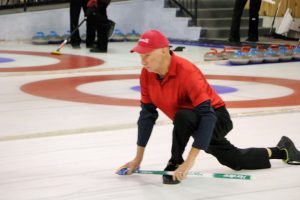