Teams Smith and Cochrane, with Suzanne Birt in the background of the Cochrane picture

Meanwhile, ten-time PEI Scotties winner Suzanne Birt from the host Montague club will take on Veronica Smith and her Silver Fox team in the Scotties women’s championship “C” semi, also at 7 pm. Birt, who won the “A” section of the modified triple knockout draw, stole the last end to edge the Melissa Morrow squad from the Fox 7-6 in the “C” semi this afternoon, and will take on “B” section winner Veronica Smith in this evening’s “C” final. The winner of the “C” final as the winner of  two sections, will have a “double life” in the Sunday championship round at 9 am and 2 pm, and will take the title if they win either Sunday game, while their opponent will have to win both. 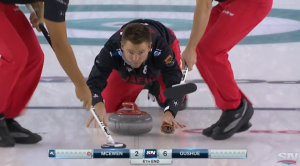 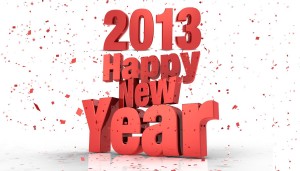 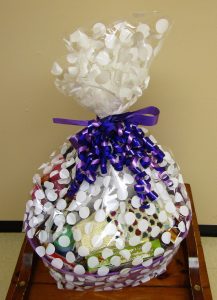 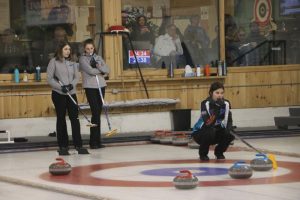 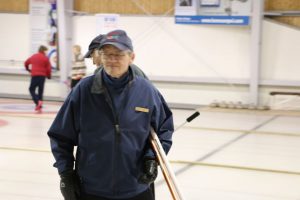