The “B” section finals of the modified triple knockout format Scotties provincial women’s and Tankard provincial men’s championships took place at the Montague Curling Rink on Friday evening, and featured the same teams that squared off in the “A” section.

The Scotties “B” final was again a very close contest, but the Veronica Smith rink from the Silver Fox in Summerside came out the victors this time, edging ten-time PEI women’s champ Suzanne Birt, curling out of the host club, and her team by a 5-4 score. Smith used last rock advantage to score a deuce in the opening end, in a game that saw three blank ends, with neither team scoring more than a single until Birt recorded a tying deuce in the ninth end, leaving Smith with hammer coming home, where she scored a deuce for the win.

On the men’s side, Bryan Cochrane and his Cornwall Curling Club team of Souris native Ian MacAulay and Summerside-born Morgan Currie along with ten-time PEI Tankard veteran Mark O’Rourke, could win the Tankard on Saturday evening, after winning both the “A” and “B” sections with wins over Charlottetown’s Eddie MacKenzie squad. In the “B” final, Cochrane blanked the first two ends, and scored a triple in the third. The teams exchanged singles to put the score to 4-1 at the fifth end break. MacKenzie blanked the 6th and gave up a steal of one in the 7th, but narrowed the gap to a single point with a deuce in eight and a single steak in nine to trail 5-4 coming home without hammer. Cochane recorded the win with a triple for a final score of 8-4.

Team MacKenzie with Bryan Cochrane in the background

MacAulay and Currie are members of Cochrane’s reigning World Senior Men’s championship rink, while MacKenzie is looking for his seventh  PEI Tankard, backed up by a team that includes reigning and four-time PEI junior champion skip Tyler Smith, and Tyler MacKenzie, a three-time PEI junior and two-time PEI Tankard winner, along with Matt Nabuurs who has been on one Junior and two Tankard championship teams.

Saturday Tankard play begins with a pair of 9 am games, with Cornwall’s Steve van Ouwerkerk and Mitchell Schut rinks squaring off for the right to play Cochrane in the 2 pm “C” semi-final, while Phil Gorveatt from Charlottetown and Jamie Newson from the Silver Fox square off in the other, with the winner facing MacKenzie in the other “C” semi. The winners of the 2 pm semis meet in the “C” final at 7 pm. If Team Cochrane is in that game and wins it, as a three-section winner, they will become PEI Tankard champ without the 9 am and, if necessary, 2 pm Sunday championship round.

Saturday Scotties action sees Melissa Morrow and her Silver Fox rink, who eliminated the Amanda Power Charlottetown rink on Saturday in a closely-fought 6-5 contest, take on Birt at 2 pm, with the winner playing Smith in the “C” final at 7 pm. The section winners advance to Sunday’s championship round, which goes at 9 am and, if necessary, 2 pm. If either Birt or Smith wins two sections, they will have a “double life” in the championship round and will win the title with a victory in either game, while their opponent would have to win both matches. 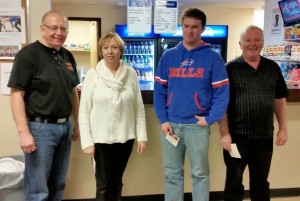 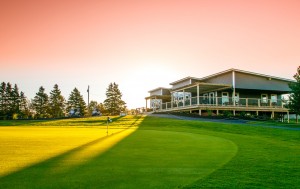 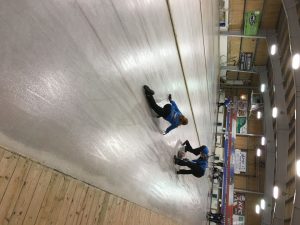 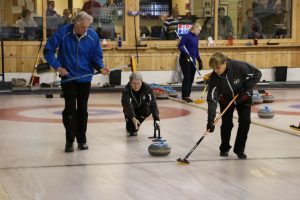