Cornwall’s Mitchell Schut junior rink won the first of what is now two “Battles of Cornwall” today at the Tankard Provincial Men’s Curling Championship at the Montague Curling Rink, and will face Cornwall’s Bryan Cochrane team at in the “C” semi-finals at 2 pm, with the winner advancing to the “C” final at 7 pm. 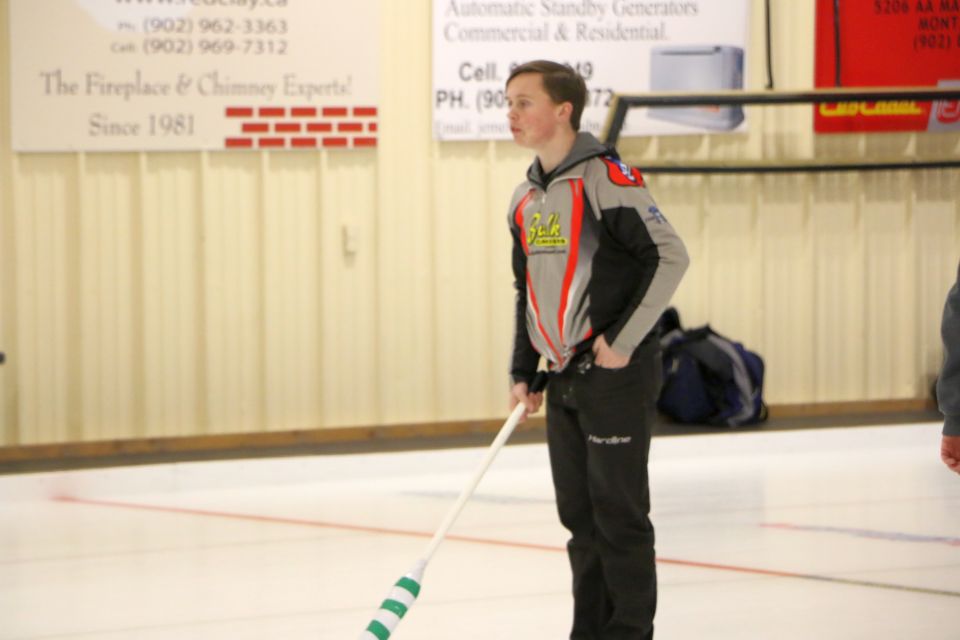 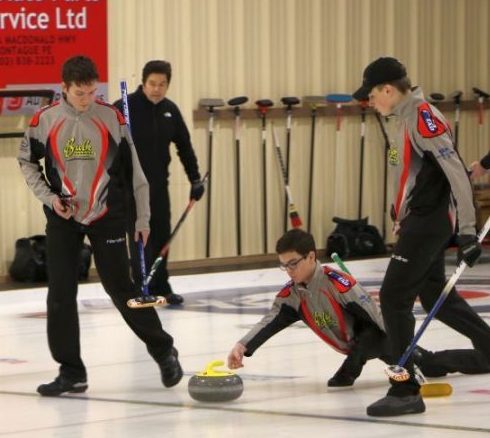 Cochrane, who along with third Ian MacAulay and second Morgan Currie comprise three members of the reigning World Senior Men’s team (ten-time PEI Tankard winner Mark O’Rourke is the other team member),  has already won the “A” and “B” sections, so a win in the next two games would give him the PEI Men’s title without playing the championship round, while Schut would have to win four games in a row – two today, and two tomorrow, to win the championship.