The Island-born Ontario residents were part of the winning Bryan Cochrane rink that ran the table at the modified triple-knockout championship at the Montague Curling Rink.

“It’s a dream come true, not only for me but also my friend Ian MacAulay,” Currie said Sunday.
Curling Canada implemented a new birthright status eligibility rule in the spring for this year’s Tim Hortons Brier and the Scotties Tournament of Hearts. It allows athletes to choose playing in the province they live in or the one they were born in.
“When we heard about this policy (change) we got very excited,” Currie said.
Currie is from Summerside while MacAulay calls Souris home.
Cochrane was able to join the team as its permitted free agent under a rule that has been in place for a few years. The trio, which curl together out of the Russell Curling Club in Russell, Ont., near Ottawa, won the 2019 world senior men’s championship in Norway.
The world champs then looked for a player to complete their P.E.I. squad.
“We felt very fortunate in our team to be joined by Mark O’Rourke,” Currie said of the recent Prince Edward Island Curling Hall of Fame inductee who has attended 10 Briers and other curling nationals during his career.
“We thought of Mark right away,” Currie explained. “As soon as we started to talk about Mark, I said I’ll call him because I couldn’t wait to talk to him.”

Click to read the full story in the PEI Guardian 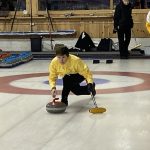 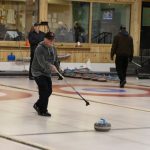 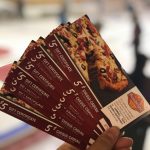 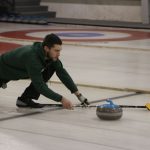