The national mixed doubles and senior men’s and women’s titles will be on the line at Stride Place and the Portage Curling Club respectively during the latter half of the event; March 17-22 for the seniors event and March 18-22 for the mixed doubles.

The Canad Inns Canadian Mixed Doubles event hosts a wealth of talent all vying for the opportunity to win the Canadian title. Thirty-two teams in total — 14 Member Association teams representing all provinces and territories (including Northern Ontario) and 18 teams qualified through the Canadian Mixed Doubles Ranking (CMDR) system — will compete in four pools of eight teams. The top 12 teams advance to a single-elimination playoff beginning on Saturday, March 21, finishing with the gold-medal game a day later at 1 p.m. (all times CST).

The winners will wear the Maple Leaf at the 2020 World Mixed Doubles Curling Championship in Kelowna, B.C., from April 18-25.

The provincial and territorial field is headed by Manitoba’s Krysten Karwacki and Team McEwen second Derek Samagalski, along with Saskatchewan’s mixed doubles specialist team Ashley Quick/Mike Armstrong, which ran the table at their provincial championship.

PEI is represented by the Jenny and Edward White duo from the Silver Fox Curling Club in Summerside.

A short trip down the street to the Portage Curling Club leads curling fans to the Everest Canadian Senior Men’s and Women’s Curling Championships.

The field features both of Saskatchewan’s defending champions skipped by Bruce Korte and Sherry Anderson. The event serves great purpose for the two prairie-based teams as it will be used as a tune-up event for representing Canada at the upcoming World Senior Curling Championships in Kelowna, B.C., which are staged at the same time as the World Mixed Doubles Curling Championship. Korte and Anderson earned those honours by winning the 2019 national championships at Chilliwack, B.C.

A trip to next year’s 2021 World Senior Curling Championships (dates, location TBC by the World Curling Federation) will be on the line for Anderson and Korte, but there’s some notable names that will be in their way.

Olympic and Scotties Tournament of Hearts silver-medallist Cheryl Bernard of Alberta is making her Canadian senior women’s debut. Ontario’s Sherry Middaugh hopes to redeem her silver-medal finish in 2019 and Manitoba’s Terry Ursel returns to the event, hoping to improve on her result last season — just shy of the podium with a bronze-medal game loss.

PEI is represented by the Kim Dolan rink from the Cornwall Curling Club.

On the men’s side, Alberta’s Wade White, who won gold in 2017, is back in the field after losing last year’s gold-medal game to Korte, while Manitoba’s Dave Boehmer looks to build off his momentum of a fourth-place finish last year. New Brunswick’s Terry Odishaw, who skipped the province’s entry at the 2019 Tim Hortons Brier, aims to be in the mix after winning bronze and silver at the 2017 and 2018 Canadian senior events respectively.

PEI’s men’s representatives are the Phil Gorveatt rink from the Charlottetown Curling Club:

The gold- and bronze-medal games for both genders take place on Sunday, March 22, at 3:30 p.m.

While the mixed doubles and senior events could be considered the main course of this four-event frenzy, the university and college events are not even close to the appetizer.

Taking place from Wednesday through Sunday, the U SPORTS/Curling Canada and CCAA/Curling Canada championships are loaded with talent, from a Tim Hortons Brier participant to world and Canadian junior champions.

With neither Carleton or Laurentian Universities in the mix during the 13th rendition of the U SPORTS/Curling Canada University Curling Championships, one thing is for sure: new champions in both men’s and women’s competitions will be crowned. The only questions is which universities will claim the titles amongst the talented field.

On the men’s side Memorial University’s (St. John’s, N.L.) Daniel Bruce returns to the competition after a silver-medal finish last season. He and teammate Ryan McNeil Lamswood are coming off an adventurous couple of weeks after making the final at the 2020 New Holland Canadian Juniors. This was followed by news that Lamswood was named to the Canadian team that will compete at the 2021 World Junior Curling Championships.

But Halifax’s Dalhousie University, led by skip Matthew Manuel, and Edmonton’s University of Alberta squad, backed by 2018 university champion and 2019 Winter Universiade silver-medallist Karsten Sturmay, both made the playoffs last season and return to the event aiming to capture the title.

Other notable names in the field include 2019 world and Canadian junior champion Matt Hall, who played second for Tyler Tardi, and 2019 Canadian Under-18 champion Dylan Niepage, who skips the University of Guelph team in his national university debut.

On the women’s side neither of the teams playing in last season’s gold-medal game is returning, leaving the door open for the 2019 bronze-medal game competitors Dalhousie University and Queen’s University of Kingston, Ont.

Dalhousie’s Kristin Clarke — two-time Canadian and world junior champion — moves from lead to skip this season, while Queen’s University is led by Mary Fay once again, who happens to have been Clarke’s teammate during their Canadian and world junior championship gold-medal run in 2016. In addition to skipping that team, Fay also skipped Canada to a gold medal at the 2016 Youth Winter Olympics.

University of Alberta’s Selena Sturmay (Karsten’s sister) skips her Edmonton-based team at the event and aims to recapture the glory of 2018 when she won the national championship as second. She’s supported by quite the cast, including Abby Marks, Kate Goodhelpsen and Paige Papley, who all represented Canada at the 2019 World Junior Women’s Curling Championship and won silver. Marks also has been named to Team Canada for the 2021 World Junior Championships.

There’s an added bonus to winning this year’s U SPORTS/Curling Canada championships as the winners will represent Canada at the 2021 Winter Universiade in Lucerne, Switzerland.

Brandon University will serve as the host team in both the men’s and women’s competitions.

This will be the third season the CCAA/Curling Canada championships — an event for colleges, institutes and universities not members of U SPORTS — operates with support of Curling Canada.

Defending women’s champion Douglas College from New Westminster, B.C., skipped by Kayla MacMillan, aims to defend its title against the likes of perennial contender Fanshawe College (London, Ont.) skipped by Amelia Dolsen, and Humber College (Toronto) skipped by 2018 world and Canadian junior champion Kaitlyn Jones, who moved to the CCAA ranks after competing with Dalhousie University in the U SPORTS competition last year.

On the men’s side, Concordia University of Edmonton, skipped by Evan Van Amsterdam, aims to retain the title but expects stiff competition from the likes of Fanshawe (skip Charlie Richard) and Northern Alberta Institute of Technology (Edmonton) led by skip Trygg Jensen, who is just coming off an appearance at the 2020 Tim Hortons Brier with Team Yukon.

Both university and college teams will play in an eight-team round robin with the top four teams advancing to semifinal  and medal games on Sunday, March 15.

CBC Sports will livestream various games from all championships during the preliminary rounds as well as several finals, with select playoff games, including the gold-medal game, broadcasted on CBC TV. You can watch at cbcsports.ca or via the CBC Sports app for iOS and Android. To view the full schedule, click here.

Draw results and event information for all four championships are available at https://www.curling.ca/scoreboard/#!/ 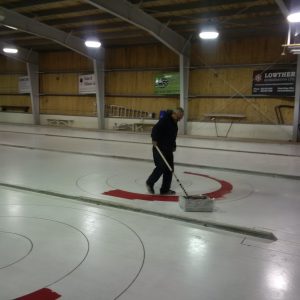 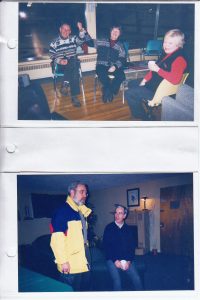 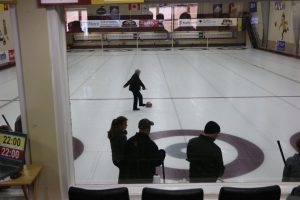 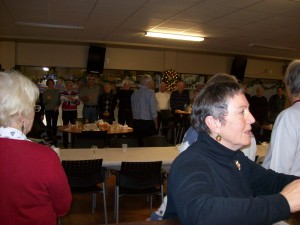 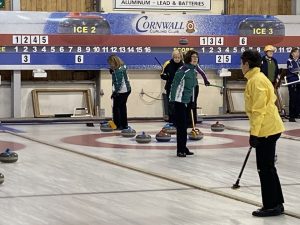